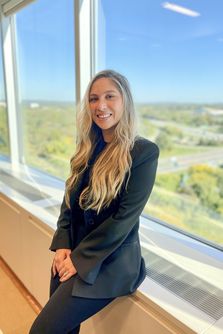 Prior to joining the Firm, Alexandra was an associate at a law firm based in Manhattan.  Alexandra also served as a law clerk for the Honorable Nancy Hershey Lord, U.S. Bankruptcy Judge for the Eastern District of New York.

Alexandra is admitted to practice in New York State as well as the United States District Court for the Southern and Eastern Districts of New York.