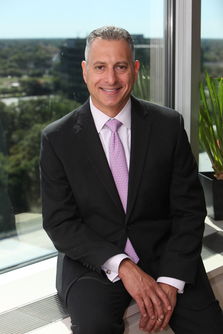 Jay S. Hellman concentrates his practice in the areas of litigation and trial work, with an emphasis on commercial litigation, construction law, and bankruptcy.  Jay represents clients in complex cases from inception through conclusion, including any appeals, in both state and federal courts.  Jay also represents clients in alternative dispute resolution settings outside the courtroom, including mediation and arbitration before various ADR providers, such as the American Arbitration Association and JAMS.   In commercial cases, Jay has represented business owners in, among other things, contract disputes, real estate disputes, partnership matters and dissolution proceedings.  In construction matters, Jay has represented high profile construction, architectural and engineering firms in contract negotiations, construction claims, and defense of malpractice actions.  Jay has also represented public agencies, including school districts and libraries, in connection with public construction projects.  In the bankruptcy arena, Jay has represented chapter 7 trustees, chapter 11 operating trustees, secured and unsecured creditors, and debtors-in-possession in a variety of adversary proceedings and contested matters in the United States Bankruptcy Courts, United Stated District Courts, and the United States Court of Appeals for the Second Circuit.

Jay is a graduate of Stony Brook University and he received his J.D. from University of Missouri-Columbia where he was a member of the Missouri Law Review.  He has served as a judicial intern to the Honorable Stanley Harwood, New York State Supreme Court, Appellate Division, Second Department.

Jay has lectured on judgment enforcement for the New York Bar Association, has served as a mock trial team coach for high school students, and was a co-author for the New York Construction Law treatise.