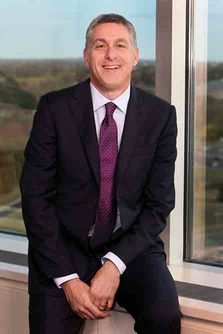 Jeff has been particularly successful litigating a wide range of real estate matters, including specific performance issues, purchase/sale issues, broker disputes, and commercial landlord/tenant disputes.  He has also had great success litigating corporate and partnership disputes and dissolutions.  He is retained by many businesses to counsel them on corporate and other business and legal issues, and has assisted in the expansion of many of his clients’ businesses.

Recognized as an expert in business contract and other restrictive covenant and employer/employee issues, Jeff is regularly asked to give seminars for institutional and other clients on these and various other business issues.  He has been highly successful in litigating restrictive covenant, non-solicitation agreement and trade secret cases. Jeff also counsels companies of all sizes and their principals on how to obtain expedited relief from the Court, including temporary restraining orders and preliminary injunctions.

In an effort to protect clients and avoid complex and expensive litigations, Jeff counsels business clients on how to prevent competitors and employees from harming their business and stealing customers.  This includes:

Jeff is one of a handful of lawyers in the country selected to represent victims and families of United States citizens killed abroad by foreign governments that sponsor terrorism, or terrorist groups that receive support and resources from such governments.  In February 2002, Jeff won a $183.2 Million judgment on behalf of the family of one such victim and was actively involved in the successful enactment of legislation to protect and compensate the families of these victims.

Jeff has been selected as a “New York Metro Super Lawyer” for 2009, 2010 and 2013-2021 – earning a 10 year recognition.  Only five percent of New York metro attorneys have been named to this prestigious list, which was selected through an extensive process of peer nominations, blue ribbon panel review and independent research.  In addition, Jeff received Long Island Business News’ 2009 “50 Around 50 Award”, recognizing him for his achievements, leadership and contributions to Long Island.

Jeff earned his law degree with honors from Touro Law School in 1992 where he served as a Senior Staff Member of the Law Review.  During law school, he clerked for Justice Peter Fox Cohalan of the Supreme Court, Suffolk County.  Jeff received his Bachelor of Arts degree in Business Management from the University of Massachusetts at Amherst in 1989.  He is currently Chairman of the Commercial Litigation Committee of the Nassau County Bar Association, and is involved in a number of charitable organizations including being a member of the Advisory Board of The We Care Fund, which is the charitable arm of the Nassau County Bar Association responsible for raising money annually to help those in need in Nassau County. Jeff is a frequent moderator of panel discussions featuring the Justices of the Supreme Court of the State of New York.  Jeff has authored a number of articles for national and local publications and at one time was a regular contributor to the New York Law Journal in a column entitled “The Litigation Review.”  That column discussed and commented on significant commercial decisions of the Federal and State Courts in New York.