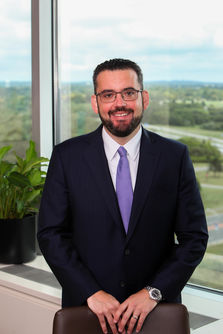 Michael E. Planell is a partner in the Firm’s Litigation Department.  Mike concentrates his practice on complex business and commercial disputes in state and federal courts throughout the country.  He has significant experience in all aspects of complex litigation from inception through trial, including bench and jury trials, complex motion practice, and appellate work.

Mike has tried numerous cases before both judges and juries.  For example, he recently served as lead trial counsel for the defendant in a commercial contract dispute.  Following a week-long trial, the jury found in favor of the defendant on plaintiffs’ claims.  Mike’s recent experience also includes serving as counsel to a group of hedge funds during a two-week arbitration hearing.

Mike also regularly briefs and argues complex motions and appeals.  For example, Mike recently won summary judgment in his client’s favor in a case involving claims and counterclaims for breach of an asset purchase agreement.  He also successfully argued an appeal which resulted in a decision vacating a money judgment in a dispute relating to a commercial lease.

Prior to joining the Firm in 2012, Mike was associated with two prominent international law firms, where he represented clients in a broad array of commercial, class action, and product liability litigation.

Mike is admitted to practice in New York State, as well as the United States District Courts for the Southern, Eastern and Western Districts of New York.