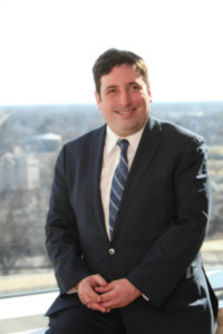 Michael Gelfand is an Associate in the Firm’s Litigation Department, concentrating primarily on commercial and real estate litigation matters.  Before joining the Firm, Michael interned with the Legal Aid Society, Capital Defender's Division and the New York County District Attorney's Office.  He also interned for Congressman Gary Ackerman.  Michael is admitted in New York and New Jersey and the United States Supreme Court.

Michael was a Distinguished Honors Scholar at the State University of New York at Buffalo, graduating summa cum laude in 2001 with a B.A. in History and Political Science.  He founded the SUNY Buffalo Mock Trial team in 1997.  Michael received his J.D. from New York University School of Law in 2004 and graduated as a Robert McKay Scholar.  At NYU, he served as an Associate Casebook Editor on the Moot Court Board.   Michael has been heavily involved with college mock trial for over 20 years.  He is a member of of the Board of Directors of the American Mock Trial Association (AMTA) and is the Chairperson of AMTA’s Civil Case Committee.  In addition, Michael is the head coach of the Iona College Mock Trial team and is an adjunct professor at Iona College in the Political Science Department.