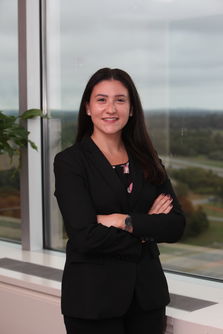 Samantha P. Turetsky is an associate in the Firm’s Labor & Employment Department.

Prior to joining the Firm, Samantha was an Assistant Corporation Counsel in the Labor and Employment Division of the New York City Law Department.  As an Assistant Corporation Counsel, Samantha acted as lead counsel and performed all aspects of litigation to defend New York City in its role as employer, its agencies and management-level employees in a wide range of employment litigation matters.  She has handled single-plaintiff, multi-plaintiff and class actions in Federal and State Court including claims brought under the ADA, ADEA, FLSA, and various state and local employment laws. Samantha has participated in settlement conferences in the Southern and Eastern Districts.

Samantha is admitted to practice in New York State and the United States District Courts for the Southern and Eastern Districts of New York.