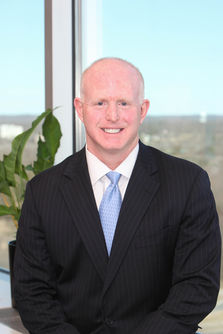 Thomas A. Draghi is a Senior Partner in the Firm’s Bankruptcy, Workout and Restructuring Department. With almost 25 years of experience, Tom has acted as lead counsel to corporate and individual debtors, creditor committees, trustees, secured and unsecured creditors, financial and lending institutions, landlords, purchasers of assets, equity holders, and investors in a wide variety of complex workout, restructuring, insolvency and bankruptcy matters, including in connection with publically and privately held businesses and involving individuals.  Tom has also served as a bankruptcy trustee and is approved to act as a receiver and/or counsel to receiver in  Nassau, Suffolk, Westchester, Bronx, New York, Kings, Queens and Richmond counties.

Recently, Tom was selected as a Super Lawyer in the area of Creditor Debtor Rights for the New York Metro area. Tom has also served as Chair of the Bankruptcy Committee of the Nassau County Bar Association.  Tom is a past President, founding member, and current member of the Board of Directors of The Long Island Chapter of the Turnaround Management Association. The “TMA” is a not-for-profit association dedicated to the revitalization and turnaround of distressed businesses. Tom is frequently invited to be a speaker and panelist for various professional groups and organizations throughout the region on bankruptcy, secured lending, ethics and related topics, including for the New York State Bar Association and Nassau County Bar Association.

Tom earned his law degree, cum laude, from New York Law School in 1990, where he was a member of the Journal of Human Rights.  He earned his Bachelor of Science degree in Finance from St. John's University in 1987.  At St. John’s, Tom played lacrosse on a four-year athletic scholarship.  Tom is also extremely active in his community and with charities, having served on various boards including the Board of Directors of the Farmingdale Lacrosse Club.  He has also coached and been involved with youth sports for more than 17 years, including lacrosse, football, basketball, softball and baseball.  Tom is admitted to practice in the courts of New York, as well as the United States District Court for the Southern, Eastern and Northern Districts of New York, and the United States Court of Appeals for the Second Circuit.