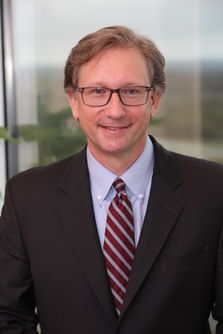 Bill Heuer is a Partner in the Firm’s Bankruptcy, Workout and Restructuring Department.  Bill represents both creditor and debtor clients and constituencies in bankruptcy and in pre-bankruptcy workouts and engagements relating to distressed or insolvent businesses.  His experience spans a wide range of industries and is informed by the unique experience Bill gained as in-house counsel at a major financial institution and investment bank handling workout, restructuring, and recovery matters.

Bill is a member of the Editorial Advisory Board of the Norton Journal of Bankruptcy Law and Practice, has authored numerous articles on bankruptcy law, and has been an adjunct professor of law in the LL.M. in Bankruptcy program at St. John's University School of Law.  Bill frequently speaks on bankruptcy law and included on his list of speaking engagements are programs with the American Bankruptcy Institute and the Association of Insolvency and Restructuring Advisors.

Bill serves his community by devoting substantial time to pro bono matters and has been retained as Counsel of Record for pro bono amicus representations in matters before the U.S. Supreme Court.  Bill is a member of the Bankruptcy and Reorganization Committee of the Association of the Bar of the City of New York and is a member of its Pro Bono subcommittee, and has been Co-Chair of the Bankruptcy Committee for the Nassau County Bar Association.  He is a member of a committee advising the United States Bankruptcy Court for the Eastern District of New York regarding its local rules, as well as its Chapter 11 Lawyers’ Advisory Committee, and has been appointed to the Eastern District’s mediation panel.  Bill is an elected member of the American Law Institute.

Bill is a 1997 graduate of St. John's University School of Law, where he was an articles editor and staff member of the American Bankruptcy Institute Law Review, and a graduate of the State University of New York at Buffalo.